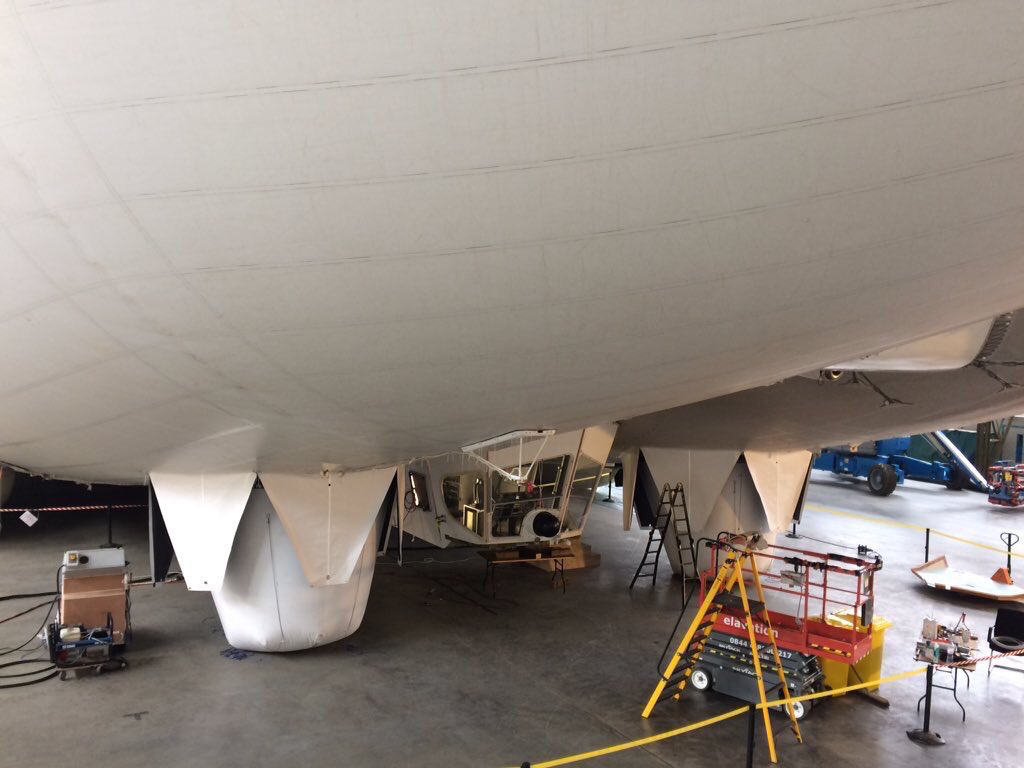 The system was introduced after last years hard landing incident when the ship came in from
A high landing position and impacted the front of the flight deck with the ground.

It was decided to add two large airbags just forward of the flight deck, these will be deflated during flight and inflated just prior to landing. These air bags mean the ship can now land at greater nose down angles than before. New procedures have been put in place to make sure the ship doesn't get in the same position of the high landing incident again.

The bags during regular flight will be deflated and flush against the hull, covered by material. When needed at landing they will be deployed through an actuator. Air will be pumped into them
From the ballonet using the ballonet air pumps. (Ballonet are air bags inside the hull in place to keep hull pressure and deal with expanding or shrinking helium as the ship ascends or descends) once landed the bags will deflated once more and packed away till the next flight. They are not intended for a fast emergencey deployment, they are intended as an extra landing aid. They take 15 seconds to fully inflate. 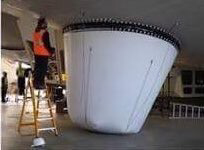