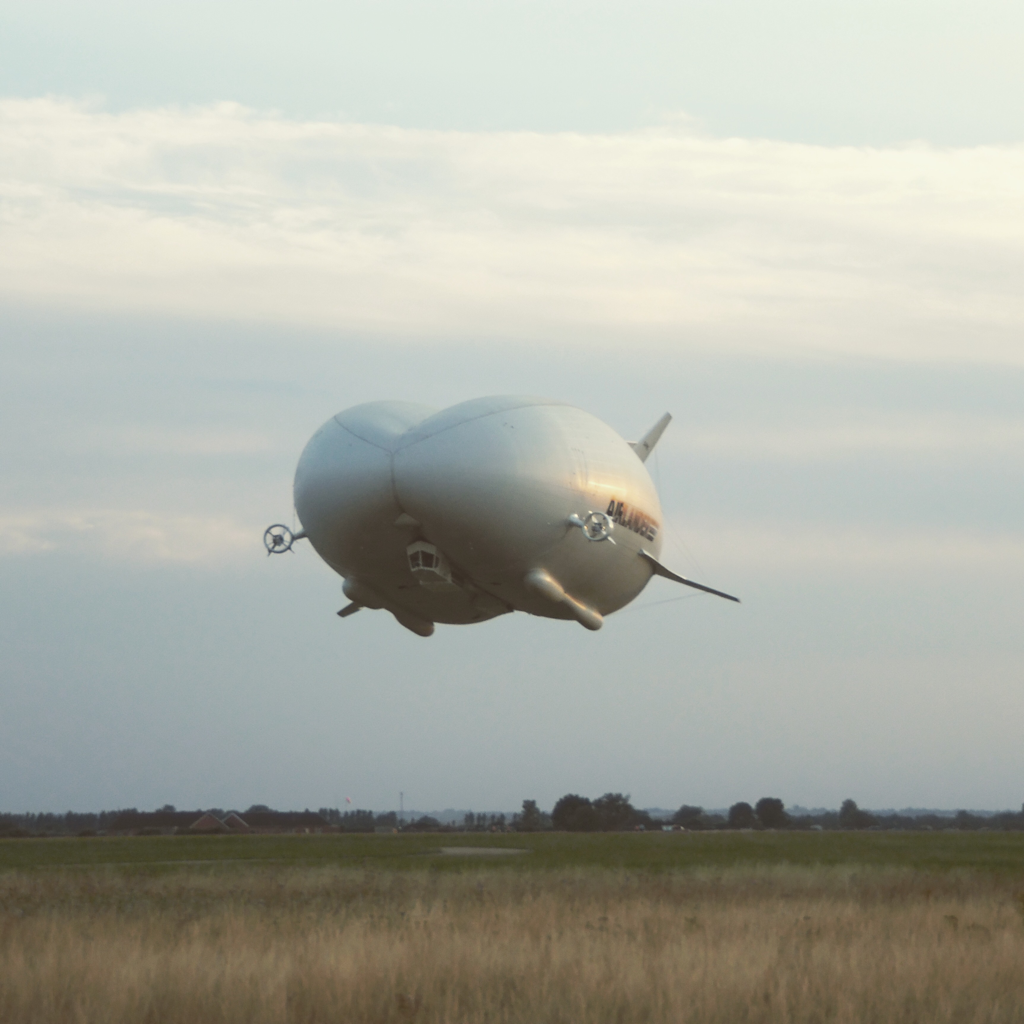 I was standing on the perimeter of the Airfield just off Southill road, I had just finished work and knew a flight was on the cards so darted from
work and parked my car in the family farmyard at Cardington.

we got a prime location and then the waiting started, the airfield was a hive of activity with lots of work going On, we waited a few hours for something to happen, some folks had heard some of the TV peeps saying the flight had been cancelled and they were heading home, big mistake......

the ship was reversed across the airfield with the mast truck and JCB, there more work was going on. Then the JCB towed the mast away, she sat there on the Airfield, unmarsted and free, engines in the up position, ticking over and then she moved.

from our vantage point the movement was slow to be spotted but then we saw the nose rise slightly, she was off. We watched her get higher and higher slowly rising, all of a sudden her nose shifted, the ship moved and she was heading directly to our position, we were, quite by accident in the perfect position for her to fly right over us.

as she got closer, taken by the moment I started to cheer, louder and louder like a god dam idiot but I was going to be heard, I had waited years to see this, to see the return of Cardington to its origional purpose. I was a happy bunny and I believe the loss of hearing by the folks standing round me was only temperory ;-)

she past over us, mouths open and cheers echoing out around the airfield, an amazing experience, she slowly rose a little further but this was a showing off flight, showing the folks, the locals their ship, and an amazing sight she was too.

she flew over the outskirts of Coton End and turned in a large circle, heading toward Shortstown, the town on Tinkers hill, the houses that were once the home to the origional airship workers of the Shorts Company. Changed a lot since then of course and now spread to the land of the old airship works themselves.

she was on the home run, at the outskirts of Shortstown residence saw the ship line up for the return and landing. Traffic had stopped on the A600, cars pulled up on the verge and everyone looking at the ship, she approached so low it looked like you could reach up and touch her, of course she was at a safe altitude, her immense size made her look huge at whatever height she was at.

crossing the A600 to an amazed crowd she continued on, dealing with a nasty little cross wind the pilot masterfully brought her in, lower and excellently dealing with the cross wind. She was down to cheers from fans and HAV workers alike.

I saw it and and it looked fantastic.


​recolection of the AIrlander first flight by Trevor Monk.
my live broadcast video of first flight, camera work was a shaky as hell lol, you can hear my cheering as Airlander overflys us. A fantastic view.