The ensign of HMA R101, it flew from the crows nest at the rear of R101, right at the tail. I was told originally it hung at the shorts building but as a last min decision they decided to fly it from the rear of the ship on her final flight. The events of October the 5 1930 unfolded and the vast tragic skeleton of this once proud ship became visible to all latter in the morning of the 5th.

the ensign, tatty and slightly damaged was still flying from the burnt out frame work of R101, French soldiers reclaimed the ensign and after the funeral services a week later it eventually found itself hung on the wall of St Mary’s church in Cardington. Which you can see to this day.

So if you’re ever in Cardington, nip into the church and take a look, see the burn marks where the fire damaged it, it really brings home the scale of the disaster especially when you see it in pics on the framework still after the fire. afterward walk the short distance across the road to the memorial and grave and pay your respects to those heroes of Cardington. It is an amazing piece of Cardington history 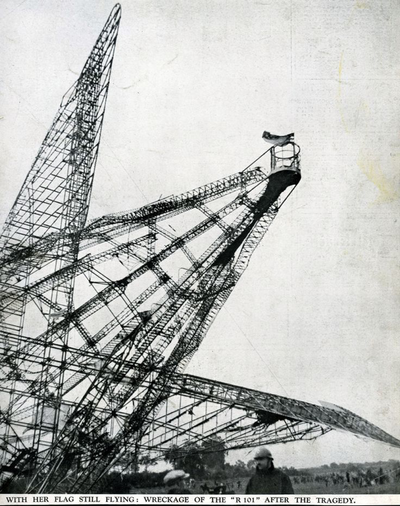 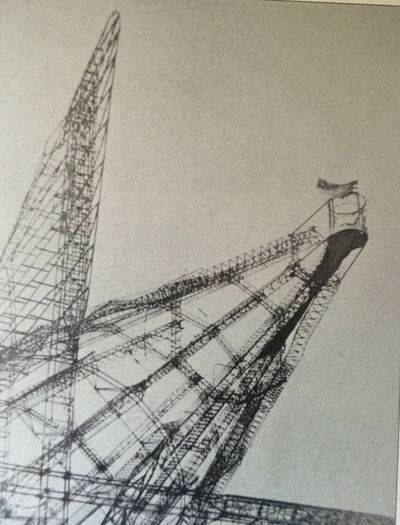 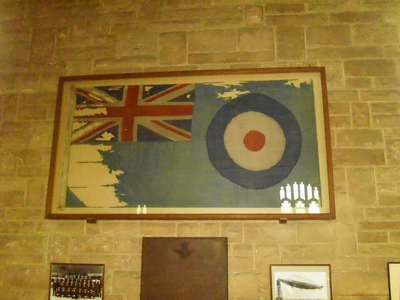