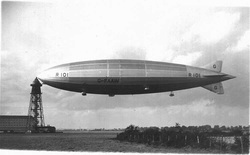 the R101 was a fantastic looking airship, her final length of 777ft  made her the largest flying object that the UK has ever constructed, an amazing feat that will not be beaten, (unless the big skycat hybrids go ahead),

The AHT (airship heritage trust) have started a Bio page on the crew of the R101, this will grow to R100 and go from there, anyhow this is the first part started, which i helped with, follow this link to view the page http://www.airshipsonline.com/Crew_biographies/index.htm

Her weight issues are often brought up, her diesel engines for instance, the fact they were using diesel engines also meant they did not need to carry as much fuel, they were heading the right direction with diesel however the engine weight issues proved to be a problem, lighter designs were being worked on, the later built Hindenburg also used diesel, they also used a smoking room on the Hindenburg too, the R101 had one of those so you could say a few or R101's features were used by zeppelin in the construction of the Hindenburg,  the fatter shape of the R100 and R101 as compared to the standard zeppelin design was also utilized in the Hindenburg.  Zeppelin are on record at buying scrap duralumin from the wreckage of the R101, this has never been confirmed but that metal could have gone into the building of the Hindenburg.

the mooring mast site is virtually all there still, apart from the mast, even the old clapboard sheds are still there, collapsed now but still in situ.

There are many theory's as to why the R101 accident occurred, the one that makes sense to me is the outer cover failure, as the ship was flying in pretty horrible weather a tear formed in the outer envelope of the ship toward the nose, this large tear sent in the wind and rain into the hull tearing the front two gas cells, this sudden loss of gas through the tear resulted in the nose of the ship diving, the man on the elevator at this point had the elevators in the full up position, as the speed of the ship increased due to the downward motion airflow over the elevator forced the ship level, this was the end of the first dive, as the ship slowed due to her flying level the air flow over the elevators reduced reducing their effectiveness, this is where the second dive took place, again the the man on the elevator pulled them to the full up position and the same happened gain, reduction in the airflow made the elevators less responsive forcing the nose to dive again, this was the 3rd and final dive, at this point rigger Church was sent to the nose of the ship to release the half ton ballast sack located in the nose which needed manual operation, he got to it to late and the rest is history, he survived the initial accident but later died of his injury's, it is said that the ship was actually trying to make an emergency landing after the initial tear of the nose which would make sense, the actual impact crater of the ship was only 12ft long, considering the ship was 777ft long this seems very small, so it seems forward speed had been reduced.

Sam church's family and fiance rushed to Beauvais after hearing of the accident, but breathtakingly Sam died of his injury's a few hours before they arrived

the R101 would have been an amazing site, there is not anything flying today that you can compare it with, you just cant imagine what these ships looked like as they flew over head, even modern airships which are still quite large cannot compare to these old sky giants, the closest you can ever come to imagining what the R101 looked like in the air you will have to come to cardington and see the sheds, imagine one of those huge fantastic buildings flying above you and you can get the idea, amazing.


everyone remembers the Hindenburg disaster because of the footage but the R101 is often forgotten, lets not forget those brave men.

if you ever visit Cardington you can find the R101 memorial and grave in the village graveyard on the opposite side of the road to the church, before the church, it is right near the gateway to the graveyard so you cannot miss it, a large and impressive monument. also you must visit the church, its a lovely little church (my great great grandfather built the pews) on the wall is the ensign from the R101, if you look on some of the crash site footage you can see the french soldiers that recovered it from the crash site holding it up, out of all the fabric that made the ship it is humbling to see this small piece survived the inferno.


Right below are a few links on the R101 you might find interesting.
The Airship Heritage Trust is the site to start. it has many pages which i will list below. there are many many more but there easy to find from the site.
1. R101, main page
2. R101 interior page
3. R101 crash page
4. R101 graphic showing the dive

Great Documentary on the R101, available to view here, some fantastic footage of the ship and very interesting stories R101, Ship Of Dreams

and another bit of fantastic footage of the R101, the first bit however is the framework of the airship R100, still all amazing footage. R101 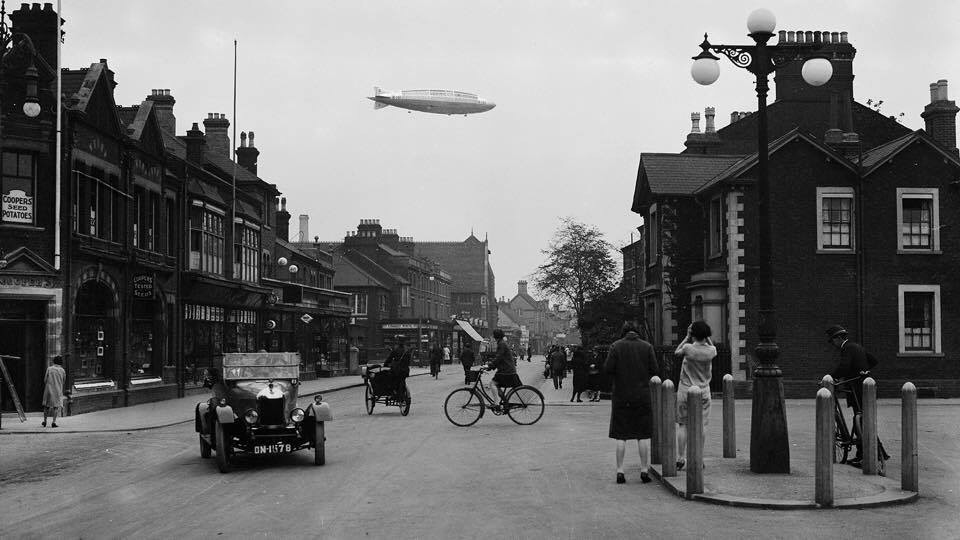 R101 flies above Bedford, this photo was taken in Midland Road. 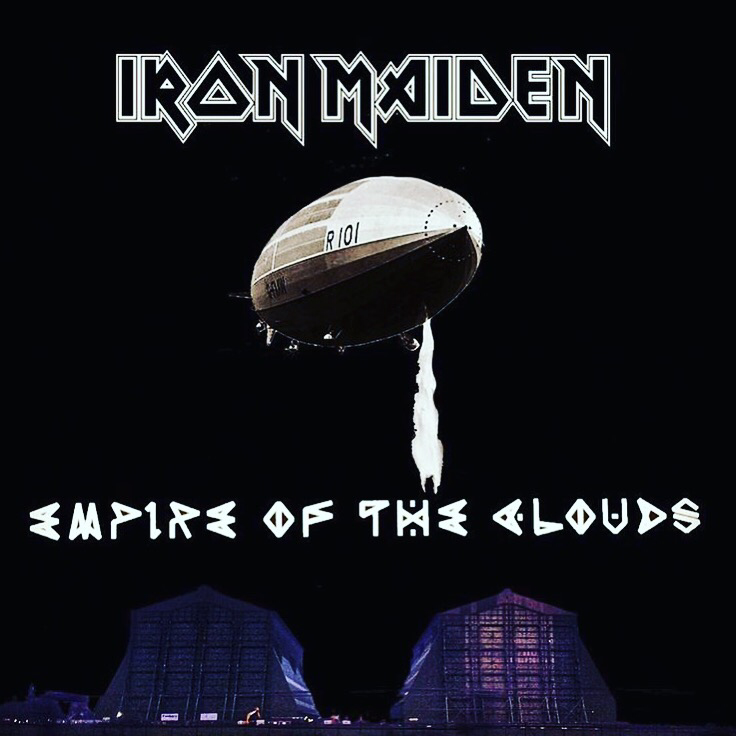 Iron Maidens latest Album, The Book of Souls has an 18min long track devoted to the story of R101's last flight, called Empire of the Clouds. Great song which I listers too a lot on my way to work :-) 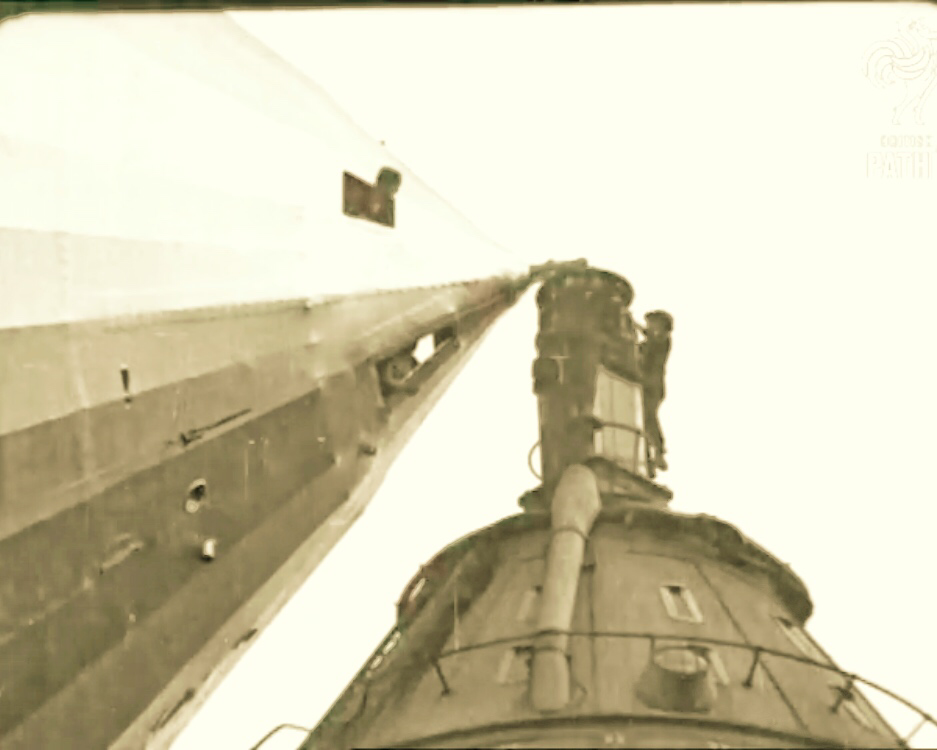 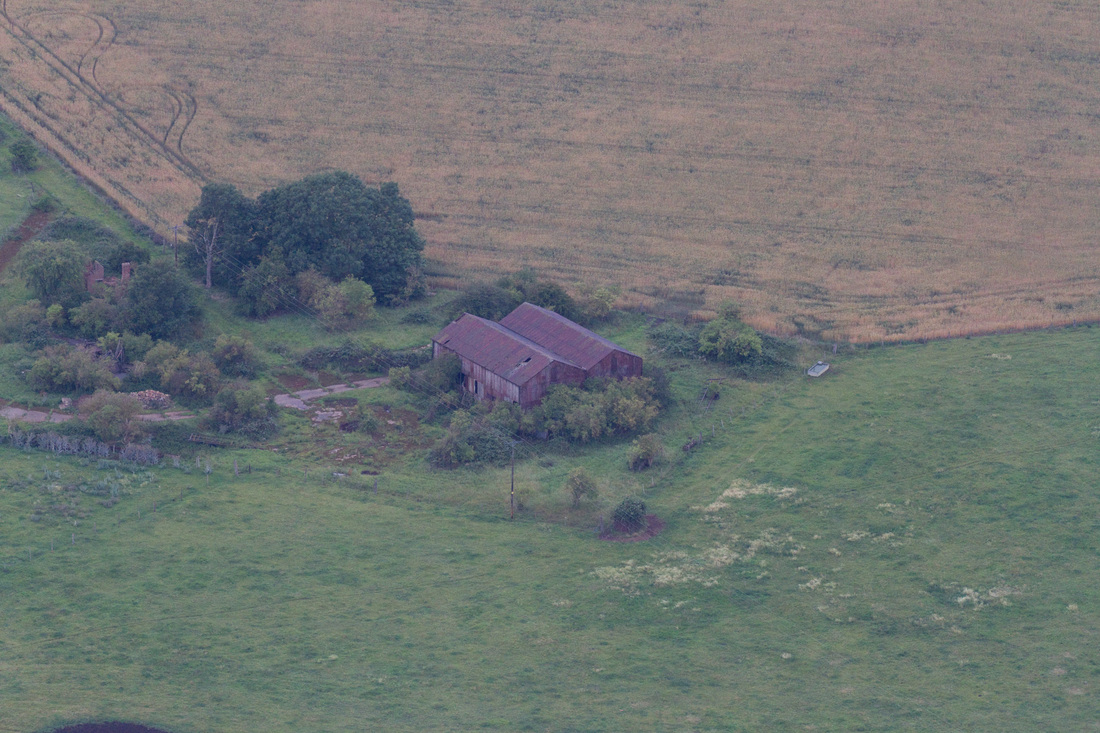 Below is A composite image, consisting of a modern shot of the R101 airship crash site with an overlay of the wreckage of the ship from an original photo of the wreckage, the today image was taken from Google earth. 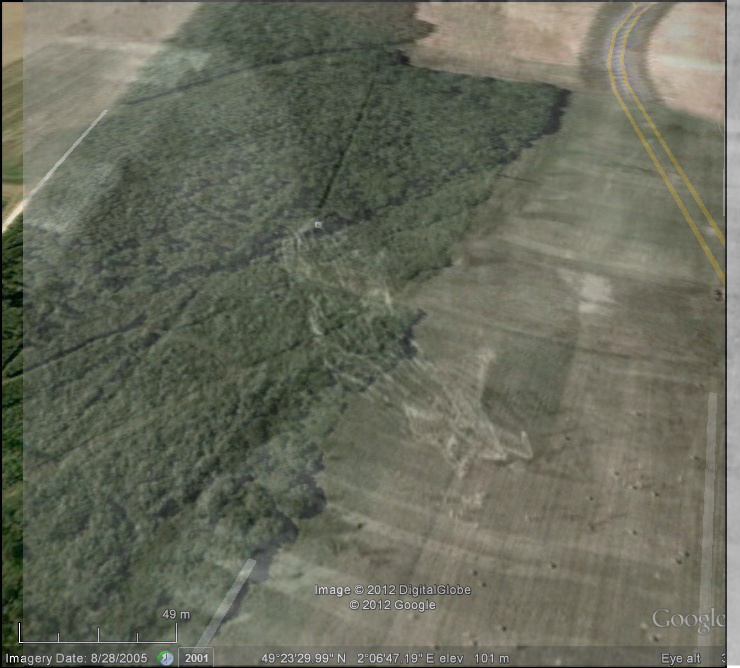 Great Interview of Arthur Victor Bell and Joe Binks, survivors of the R101 interview is HERE 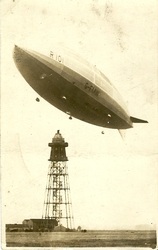 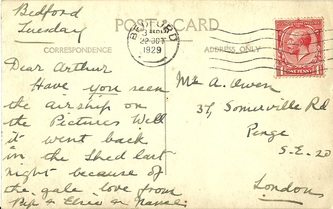 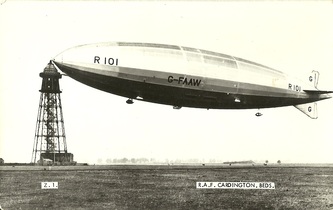 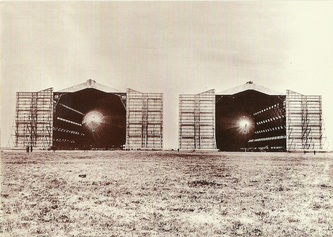